Wingnut of the week -- Spengler

To qualify for Omniorthogonal's prestigious wingnut of the week award (which needs a better name, since I hardly do this weekly), the recipient has to exhibit above average intelligence, erudition, or imagination, as well as being a right-wing maniac. We're not talking ordinary mouth-breathers here, or the likes of Jonah Goldberg. I'm not looking simply for dumb people to mock; those are too common and too boring and plenty of other places take care of them. I'm looking for people who think differently from me and do so in a way that's strong and strange enough that I might actually learn something or be convinced to change my opinions. Then I mock them.

Spengler is the pseudonym of David P. Goldman, who used to write at Asia Times and now is an associate editor and blogger at the reactionary religious First Things, and before that had an apparently interesting and varied career in finance and philosophy. I'm not sure this guy deserves the wingnut label; his writing seems orders of magnitude more organized than most. He seems to represent the best sort of conservative thought: acerbic, learned, and rigorous. He's also knowledgeable about classical music, and I have to admit to being intimidated by people who can claim that, since it's one of my larger blind spots.

So why would he even qualify as for my prestigious award, seeing as he has the wing but not the nut? Well...in a lengthy confession of his political history, he admits to having been a dedicated follower of Lyndon Larouche for ten years! This mystifies me, because I distinctly remember figuring out for myself that the Larouchies were creepy crackpots when I was about 17 years old. If my unformed youthful self could figure it out, how could someone of such manifest intelligence waste ten years of their life chasing these ideas? Oh well, people are different and what is obvious to one person is not necessarily so to another. Anyway, Spengler gradually figured out that he was beholden to a "gnostic cult" and extricated himself.

If that wasn't enough to interest me, it turns out that before he hooked up with Larouche, Spengler was affiliated with Hashomer Hatzair, a Socialist-Zionist youth movement that I myself belonged to for a few years (also around age 17). How one transitions from that to the vaguely anti-semitic Larouche cult is another mystery. Goldman has a complicated relationship to his Jewishness and his present conservatism seems to be an effort to recapture something that he missed in his red-diaper-baby childhood.

I sometimes wonder why I never had this kind of rebellion. My parents were conventional liberals, I was somewhat radical in my youth and am now more or less a conventional liberal myself. My brother, on the other hand, became a raving right-wing nut, and many other people from left-wing backgrounds have become rightist ideologues. I think the people this happens to are those who take their political beliefs too seriously, who want to use a political ideology as a personal identity and a root philosophy. As a math and computer geek I looked elsewhere for that stuff, and so I never expected politics to conform to a neat conceptual system, so never felt the need to shift from one extreme to another.
Posted by mtraven at 6:26 PM 7 comments:

Email ThisBlogThis!Share to TwitterShare to FacebookShare to Pinterest
Labels: wingnuts

I know just what he's talking about:

For truly on countless occasions throughout my life I have had this experience: persons for a time talk pleasantly with me because of my work among the sick, in which they think me very well trained, but when they learn later on that I am also trained in mathematics, they avoid me for the most part and are no longer at all glad to be with me.

Field guide for visitors to Palau 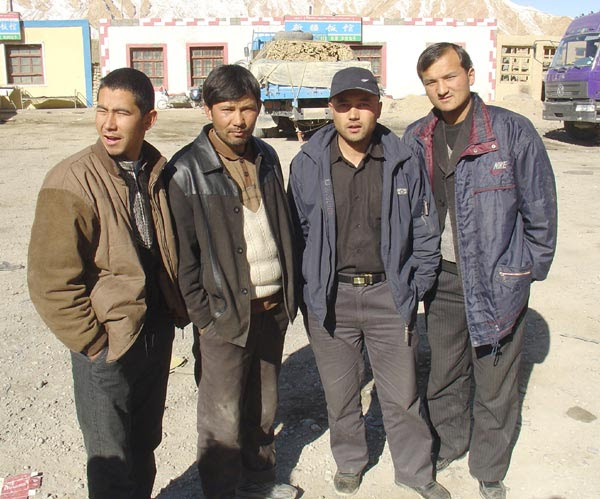 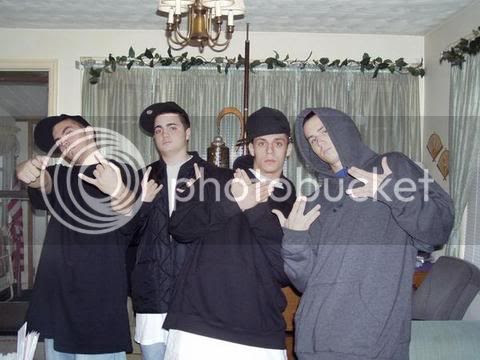 Thanks to reader bhyde's recommendation I've been reading George Ainslie's Breakdown of Will, which is on the whole excellent. I can't quite believe that I never ran across it before, since I did my graduate work on somewhat similar issues. But while I explored all sorts facets of the control of behavior by networks of loosely-coupled goal-directed units, I was innocent of economics or utility theory, so missed out on some things.

The underlying idea of Ainslie's work is that we prefer more immediate rewards to longer term ones, and that the discount curve for such preferences is hyperbolic rather than the more rational exponential curve predicted by standard utility theory. The hyperbolic discount curve leads us to preferences that are not consistent over time, and thus to a process of "inter-temporal bargaining" between different versions (or parts) of ourselves.

The phenomenon of akrasia -- acting against one's own better judgement and values -- has been recognized for millenia, and has its most obvious manifestation in the form of addictions and the failure to overcome them. Ainslie extends his scope way beyond that, however, and attempt to explain everything from scratching intolerable itches to empathy using his framework. I'm not completely convinced, but I probably need to make another pass over the book to fully understand the theory.

Most interesting to me, he posits that the need to manage intertemporal relations between parts of the mind are the root of the self itself. Mental phenomena like will and selves results from attempts to build internal structures that constrain and rationalize divergent preferences. The structure of the person mirrors what we know of the structure of social institutions:


The historic difficulty of specifying what the self consists of doesn't come from its superfluousness, but the fact that it's a set of tacit alliances rather than an organ. The logic of limited war relationships naturally creates a population of cooperating processes, a fringe of outlaw processes, and a means of determining which will be which. And since limited warfare is conducted among individuals as well as within them, we can observe some of its properties in interpersonal examples.

Societies settle disputes within legal systems. Some depend on legislators...who lay down procedural principles. They've been the model for conventional allegorical theories of intrapersonal governance. But the most successful legal system in history, the English common law, has no lawgiver and no written constitution, only a tradition...

Like the common law, this process doesn't require an executive function to steer it. Nevertheless, a person's efficiency at developing personal rules s probably ncreased by executive processes....Thus "ego functions" may be learned on the bass of how they improve intertemporal cooperation.

Ironically, this picture of the person mirrors what our picture of a corporate hierarchy has become...people in corporations don't blindly follow orders, but act only when they're confident of each other's commitment to act. Executives don't function effectively by rationally analyzing facts as by finding facts that make good rallying points.

All this is very reminiscent of Minsky's Society of Mind, which also had a large focus on competition between different parts of an individual's mind. Both theories paint a picture of the self as radically discordant, a network of semi-independent processes whose coordination is not given, but has to be achieved. However, Minsky focused more on cognition and mechanism and less on utility and reward.

Ainslie writes in a highly compressed style that is sometimes difficult to follow. His ideas raise more questions than they answer (for instance, they suggest ways to re-think some standard psychological ideas like the Freudian superego, authoritarian personality characteristics, and "disorders of volition" like depression). And when I read this kind of stuff I always worry a little bit if it is psychologically harmful -- given the effort we put into constructing coherent selves, subverting that effort by pulling the curtains aside and revealing the backstage machinery seems to entail a risk of spoiling the show. But these caveats aside, I found this book extremely worthwhile.

Nobody believes in embryonic personhood

I've been trying to find something original to say about the assassination of George Tiller. That this is an act of domestic terrorism seems indisputable. That this terrorism was egged on by a major media corporation, Fox News, is also indisputable. It also seems very likely that the suspect Roeder had assistance from Operation Rescue, making the event the fruit of a criminal conspiracy, and that he had financial backing from someone, since he had about $10 to his name.

But if you are an anti-abortion crazy, this terrorism is supposedly justified to stop the greater harm of murdering helpless infants. Now, for the purposes of practical politics I take the standard liberal position on abortion, but in terms of theory I find the question (to use my favorite word) interesting, because the situation of a pregnant woman simply doesn't fit into the framework of individual rights that underlies liberalism. A pregnant woman is not an individual, but a system of one full-fledged person and some fraction between 0 and 1 of another person. And that's not even considering whatever rights and responsibilities the father might have, that's a whole additional kettle of worms. Fetuses (and post-birth dependent children as well) simply do not fit neatly into simple legal and moral categories.

Let's dig into the anti-abortion position a bit deeper. It has the virtue of simplicity: any fertilized zygote, any cell with roughly 46 human chromosomes, is a full-fledged person, and killing one is murder. No troublesome ambiguity or middle ground. Unfortunately, it is easy to show that the anti-abortonists do not actually hold this position. In practical terms, they follow the same common-sense mental schema that everyone else does -- a zygote is not a person, but a quasiperson or potential person, that does not enjoy the full suite of attributes that come with personhood but instead gradually achieves them during development.

I've argued this before by pointing out that roughly half of all fertilized eggs fail to implant and are ejected with the menses. If zygotes were people, this would mean our infant mortality rate was 50%, and that priests would be sifting through discarded tampons with a microscope looking for blastulas to say prayers over. In fact, this doesn't happen, and nobody would consider doing it. Thus, nobody actually considers that zygotes and blastulas are people.

But the Tiller murder made me think of an additional support for this proposition. If full-blown personhood starts from conception, and there is no moral difference between abortion and murder of an adult, then there is also no difference between a late-term abortion of the kind that Tiller specialized in, and an earlier one. But somehow the anti-abortion terrorists singled out Tiller as being uniquely evil due to his willingess to perform late-term abortions. This is further evidence that the anti-abortion radicals do not really hold to their professed ideology. In fact, if you really believed that all fetuses and embryos were equal, Tiller's actions would be marginally more moral than other abortionists, since most of his procedures were performed out of medical necessity.

So moral prescriptivism aside, from a purely descriptive stance zygotes and other pre-birth forms of the human organism are not treated as people, even by those who hold an ideological position that defines them as such.

[update: Here's a good post that makes the same point in passing; and also includes some interesting facts on the frequency of late-term abortions (they're very rare, about .01% of all abortions performed).]
Posted by mtraven at 6:38 PM 35 comments: