What's on my mind

Messing around with some computational language tools, I generated this list of words which are more frequent on this blog relative to a standard corpus (some misspellings removed), in order from most overused. Many of these are unsurprising, but I had no idea I used "cannot" more than is normal. Or "parasitical", which is more worrying.

Now I'm playing the Burroughs-ish game of trying to find meaning in this shredded language. "physicalist incarnating idiocies axiomatically" sounds applicable to a number of discussions I've been having lately.
Posted by mtraven at 6:41 PM 3 comments:

Martyrs and The Coordination of Sentiment 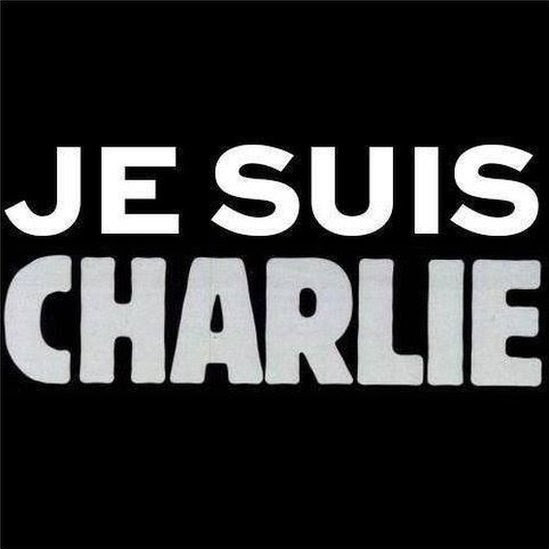 That Je Suis Charlie meme is a great example of the spontaneous political sacred – it declares a public communion with some genuine martyrs. I forwarded it around myself, but felt self-conscious about it. Not that I didn՚t feel like standing in solidarity with the murdered political satirists, but because it seemed that to post it on Facebook seemed to be in part bragging about it. If I had been in the city I might have joined in a rally, that would feel authentic, but doing it online is sort of like attending a church service by teleconference – inauthentic at best, sacriligious at worst.

Perhaps enough rationalist anti-politics memes have penetrated me that I am leery of moral posturing, in myself and others. Still, this seems like a pretty easy case. An act like this compels choosing a side, and there isn՚t much question about what side I or anybody I would care to share the planet with would find themselves on. Team Civilization is what Jon Stewart called it yesterday – and he used the occasion to assert that the American politicians he mocks aren՚t really his enemies. I՚m not so sure about that, they are killing us too, just more slowly. And they unleash many orders of magnitude of violence and death than a couple of Islamic terrorists. Still I admired his ability to find the right tone of horror and reconciliation and self-awareness needed to get back to the business of comedy.

You probably have a collection of confused emotional reactions to an event like this – a mix of anger, fear, hatred, distress. Perhaps you are angry at Muslims in general – that would be pretty natural, although disallowed by liberalism (It՚s also quite likely that that is exactly what the murderers were aiming for – sharpening the contradictions, firming up the boundaries, promoting conflict, acting as violence entrepeneurs). Maybe you are finding it difficult to maintain your liberal faith in the bright line between speech and violence. Or f you are a right-winger, you may subconsciousnly be welcoming the sharpened contradictions yourself, as it justifies your own miltancy, and maybe you feel a bit guilty about that. Or maybe your reaction is confused by the racist nature of some of the Charlie Hebdo cartoons, which included some pretty classic antisemitic caricatures that did double duty against Jews and Arabs.

Sacred rituals exist around things that are confusing, terrifying, too big to think about rationally – death and other absolutes. It՚s how people deal; at least it allows us to be confused together. So there is a guilty benefit for horrific events like the Charlie Hebdo murders or 9/11 or natural disasters like tsunamis and earthquakes. They bind society together simply by virtue of being too big and violent to ignore.

Like other sorts of rituals, I find this process weird and somewhat alien even as I allow myself to mostly be carried along with it.
Posted by mtraven at 12:45 AM 1 comment:

Scott Alexander has a 14Kword post (which he oddly couldn՚t manage to title) about nerds vs feminists and who is really oppressed. And it has close to 1000 comments! Of course it is passionate and funny and well-argued, and it not only demolishes the post by Amanda Marcotte that is its immediate target, it entirely demolishes her as a person, painting her as sort of mindless political harpy who is only too happy to take cheap shots at the expense of someone else՚s pain and openness, specifically, MIT professor and blogger Scott Aaronson՚s heartfelt description of how his attempts to reconcile what he thought of as feminist principles with his personal desires were so difficult that it drove him into near suicidal despair.

I haven՚t been able to make myself read the article to see if it deserves this treatment or not. Probably it does. But it saddens me to see manifested once again the animosity towards feminism and social justice that seems to be a feature of the rationalist universe. Because it seems like nerdism and feminism should be natural allies, or at least, that is how I experienced it in my own life.

Feminism became a public thing during my adolescence (in the mid 70s), and to me it was a breath of fresh air. Of course it was a much different time, it hadn՚t developed it՚s PC-thought-police side. To me, the message was that girls were not this insane alien other species but just another kind of person. It՚s hard to remember that era accurately but my impression was that feminism as an idea was liberating both to women and to me, as a young socially awkward person. Whatever else it was doing, it worked for me, it opened up possibilities that had been closed.

But that was a long time ago and feminism has changed, and nerddom seems to have changed as well. Both seem like more established things, distinct ideologies and factions. Feminism seems to have morphed from liberating idea into a crushing orthodoxy, at least as experienced by many younger people.

Being an old crusty person, I am no longer surprised to find myself doing standard old person things like viewing the younger generations as somehow deficient. But I can՚t help thinking that there is an awful lot of emotional coddling and whining going on these days. Being a nerd when I grew up was just as traumatic but I didn՚t write about it at length, I didn՚t share my feelings, I barreled through my problems, not out of some great strength of character but because I didn՚t have any other options. It was a tougher world and it produced a certain toughness which seems absent in later generations, who have had their psyches pampered and protected (of course the world of my parents was tougher yet, given that included the depression and WWII and fleeing Nazis).

God knows I am grateful that my children don՚t have to go through some of the crap I did. Bullying, for instance, was just an accepted thing when I was growing up, even though it means essentially letting young children live in a lawless violent anarchy where assault was accepted and commonplace. Now at least it is supposed to be controlled by the supervising authorities. I don՚t think being the victim of bullies as a child made me a better person, but it did mold my character in a certain way – the potential reality of violence is always a salient thing for me, and I know that I can survive it.

Protecting children from violence may be like protecting them from dirt -- seems like a good idea, but you end up with an untrained immune system. And the problems with feminism also seem like a sort of cognitive autoimmune disorder. You end up with people so fearful of their own capacity for aggression that they are unable to function.

So are the younger generations less tough because they՚ve been more protected? Who knows, but it sometimes seems that way, and I՚m conflating my own adolescent children with the grown adults who are having trouble with feminism. I want to say to both these groups – stop kvetching and man up. Although that is probably useless and offensive advice. Oh well, it՚s a tough world and everybody gets beaten up by it sooner or later.
Posted by mtraven at 12:05 PM 14 comments: