Seven years ago I noticed that Republicans had made “empathy” into a curse-word, and I joked that they were going to have to develop a reverse Voight-Kampff test to screen their candidates. Today I think that was a little off. They aren՚t going for robotic non-empathy, but something darker, more like active anti-empathy. The leading Republican candidates, Trump and Cruz, are increasingly playing to their audiences with threats to commit mayhem on some outgroup. They will bomb them into glass, torture them, deport them. Mexicans and Moslems play the role of the despised Other for the most part, but the exact identity hardly matters, as long as they can be held at bay and made to suffer.

The enthusiasm for inflicting pain is beginning to seem kind of kinky at this point. Not that there՚s anything wrong with that! But this is reality and there is no safe word to end the scene. 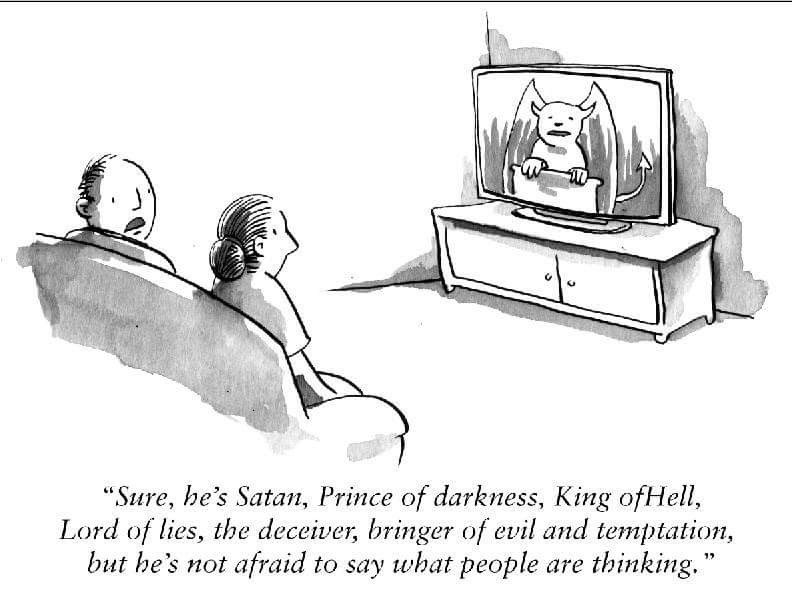 Might there be some truth to the frequently-heard idea that Bernie Sanders and Trump enjoy some of the same sources of support, despite being opposites in every political and moral dimension? There is a lot of pain in the world, and people who are desperate can be tempted to clutch at anything that offers hope, the promise that the world can be a better place. Sanders proposes the idea (which seems radical and otherworldly, but shouldn՚t) that ordinary people should have a measure of economic security, Trump offers the promise of renewed strength, of triumph over the threatening darkness. I don՚t think these visions of a better world are at all equivalent, but they both stand in contrast to a candidate like Hillary Clinton who offers no hope at all for any fundamental change. That՚s practically her brand identity.

I know some Clinton supporters and they tend to be the kind of people who are doing alright for themselves, who have sussed out the rules of the existing system of power and made it work, often to very good ends. All very well I suppose, but the rest of us need our dreams.

The dream world of Trump and his supporters is one in which our pain ceases because we transfer it to the other, where all the losses of life are replaced by “so much winning”, where crushing and tedious social norms of bureaucratic society are overturned and the repressed can return in the form of displays of  unrestrained assholery.

Trump repulses all respectable people, but obviously there are a lot of non-respectable people out there and the rules of politics means they get a voice, their hopes and dreams and fears can't be dismissed even if they deserve to be.