I՚ve recently composed a number of aborted posts relating to “conflict theory”, arguing for the importance of the political, or speculating on the nature of political conflict, etc. None of them made it past a few paragraphs, because we aren՚t in a time for high-minded meta-level thinking. Shit is getting real. So I՚m pointing to a couple of writers who are making that point.

First, by Jacob Bacharach, a Jewish writer who lives in Pittsburgh, which states as plainly as possible “They are coming to kill us” 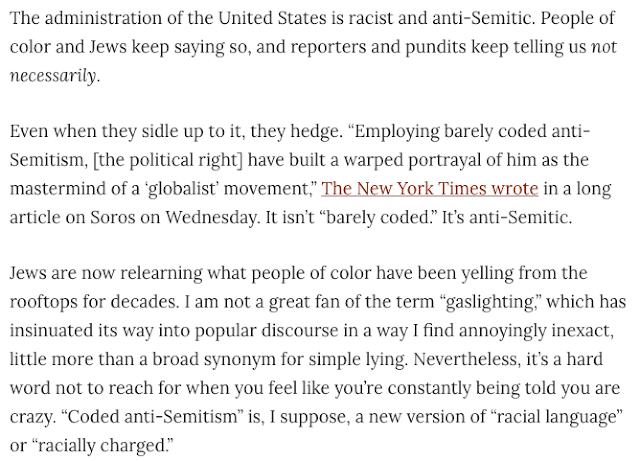 Second, by Paul Campos, a law professor and blogger at Lawyers Guns & Money: 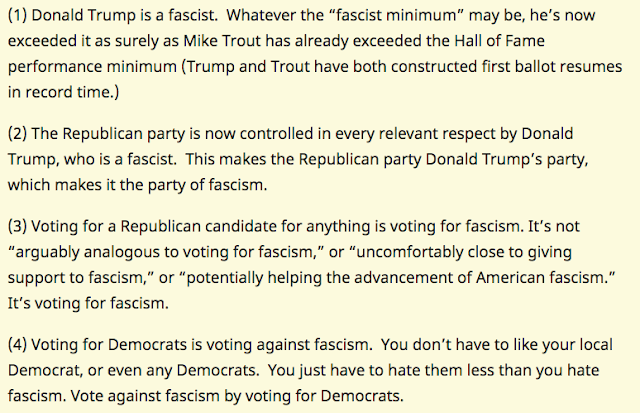 I don՚t know what else to add, except to exhort people like myself, who are prone to abstraction and meta-level thinking, that the time for chin-scratching about the relationship of speech and action or whether or not Nazis should get punched is long past. The guns and violence are coming out, and whether or not you are interested in politics, it is interested in you. Please vote against fascism tomorrow, it's the best thing we can do now to avoid having to fight it with stronger means in the future.

Whew, this is scary shit. Very Alex Jones. I'm done with this blog.

You made an article that is interesting.